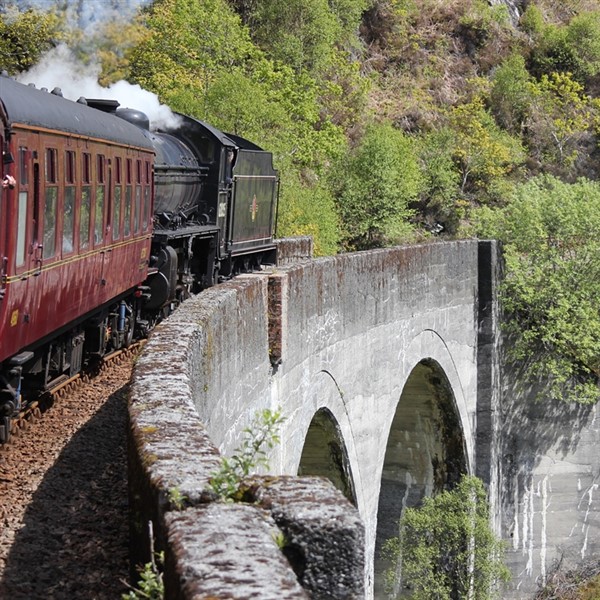 The Kyle Line is one of the world's most scenic rail journeys. It goes from Inverness on the east coast of Scotland through to Kyle of Lochalsh on the west. The views from the window are worth the fare alone but no matter where you are along its 80 miles, historic Scotland is only a few metres away. The terminus at Kyle of Lochalsh is the crossing point for the Isle of Skye. Nowadays there is no ferry, however the bridge can be crossed on foot or by bus and is only a short distance from the station.

The Isle of Skye, connected to Scotland's northwest coast by bridge, is known for its rugged landscapes, picturesque fishing villages and medieval castles. The largest island in the Inner Hebrides archipelago, it has an indented coastline of peninsulas and narrow lochs, radiating out from a mountainous interior.

The Strathspey Railway runs between Aviemore, Boat of Garten and Broomhill in the Cairngorms. This attraction is run by a group of volunteer train enthusiasts, who have recreated a nostalgic experience of the 1950’s with great attention to detail. The experience takes you back 50 years in time, with train guards in period dress, quaint old fashioned wagons and traditional restaurant carriage. Although a relatively short train journey, the route does pass through lovely countryside and it is a treat to travel by steam train. The journey takes about 40 minutes to go from Aviemore to Broomhill which was used as the station for Glenbogle, in the BBC series 'Monarch of the Glen'.

Starting from Dochgarroch, this 2 hour cruise will transport you along Thomas Telford’s famous Caledonian Canal and of course, across the legendary waters of Loch Ness where you will enjoy the stunning scenery of the Great Glen together with panoramic views of Aldourie Castle, Bona Lighthouse and the spectacular Urquhart Castle. You will hear about the colourful history of the Loch, including the crash site of a World War II Wellington Bomber and not forgetting some stories about the world’s shyest monster.

Described as the greatest railway journey in the world, this train trip takes you past a list of impressive extremes. Starting near the highest mountain in Britain, Ben Nevis, it visits Britain’s most westerly mainland railway station, Arisaig, passes close by the deepest freshwater loch in Britain, Loch Morar and the shortest river in Britain, River Morar, finally arriving next to the deepest seawater loch in Europe, Loch Nevis! The train stops en route to Mallaig at the village of Glenfinnan, beyond Glenfinnan are the beautiful villages of Lochailort, Arisaig, Morar and Mallaig. From here, on a clear summer’s day, you can see the 'Small Isles' of Rum, Eigg, Muck, Canna and the southern tip of Skye. The train continues on from here passing Morar and the silvery beaches used in the films 'Highlander' and 'Local Hero'. The route is also the same as shown in the Harry Potter films. The company running the Jacobite service provided Warner Brothers with the train used as the Hogwarts Express in all of the movies and allowed them use of the Jacobite's route for filming. The locomotive used to pull the Hogwarts Express in the films is presently located at Warner Bros. Studios, Leavesden.

We depart Cumbria and travel north via Moffat, Stirling and Perth on our way to our hotel, The Highlander at Newtonmore. Dinner in the hotel.

After breakfast we head to Dingwall and join the Kyle Line train for the journey to the Kyle of Lochalsh, described by Michael Palin as ‘one of the most beautiful rail journeys in the world’. Our coach will meet us at Kyle, where we have a short visit to the Isle of Skye before returning to The Highlander Hotel by road, dinner in the hotel.

Morning visit to Aviemore, with some free time before we board the Aviemore to Broomhill Steam Railway, used in the hit TV series Monarch of the Glen. We have a 45 minute journey through some spectacular scenery. From Broomhill we head to Dochgarroch where on a 2 hour cruise along Thomas Telford’s famous Caledonian Canal and of course, across the legendary waters of Loch Ness, you will enjoy the stunning scenery of the Great Glen, and panoramic views of Aldourie Castle, Bona Lighthouse and the spectacular Urquhart Castle. You’ll hear about the colourful history of the Loch, including the crash site of a World War II Wellington Bomber, and not forgetting some stories about the world’s shyest monster. Dinner at the hotel.

Today we head via Loch Laggan and Spean Bridge to Fort William. Here we join the famous Jacobite steam train for the journey to Mallaig, one of Europe’s most popular rail journeys, On arrival in Mallaig we have time for lunch prior to joining our coach for the journey to Fort William by the 'Road to the Isles', a contrast to the train journey. Dinner on our return to Newtonmore.

We leave our hosts at the Highlander Hotel for the return journey home to Cumbria, arriving back early evening.

The hotel prides itself on the varied menus that take full advantage of the excellent, fresh Scottish produce available. The well stocked bar gives you the perfect opportunity to sample many of the malt whiskies for which the area is famous.

The Highlander has 83 en-suite bedrooms and family rooms, equipped with walk-in showers. There are also guest bedrooms on the ground floor.

It is not possible to display the map. This may be due to Google Maps not being supported in your browser.

Search The location was not found

There are currently no departures available on this tour.

The website timed out while searching for the departure dates. Please try again. 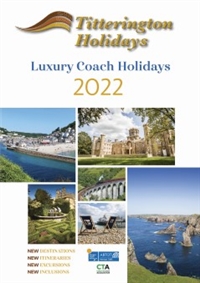